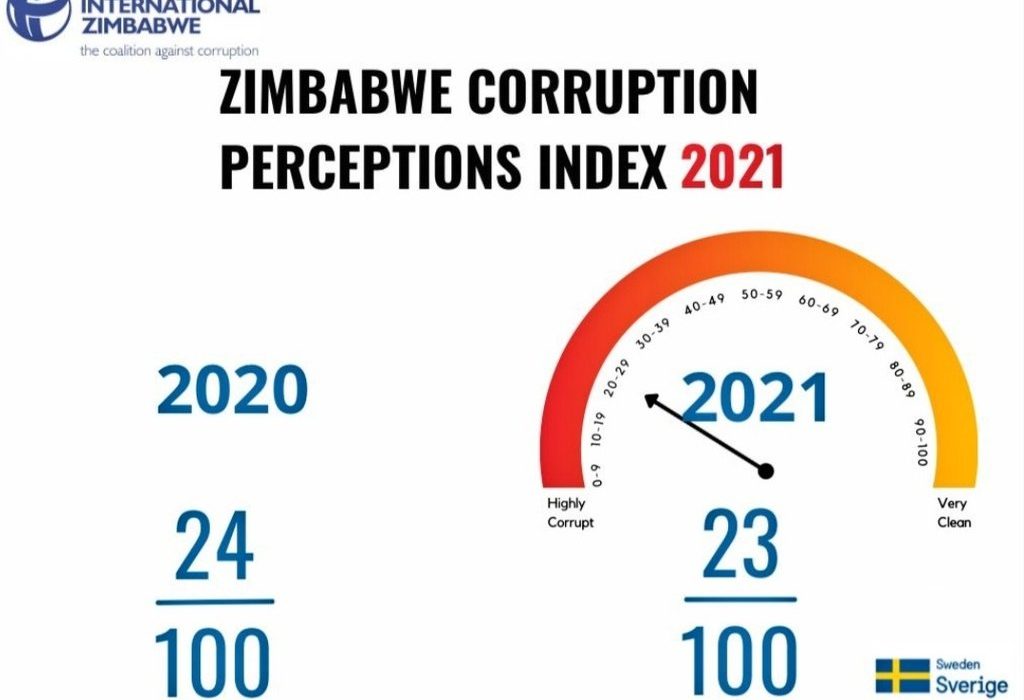 “Opening up of the civic and political space accelerates citizen action against corruption, to challenge injustice and demand their rights.”- Tafadzwa Chikumbu

Harare – Transparency International released the 2021 Corruption Perceptions Index (CPI) which examines perceived levels of public sector corruption. The index ranks 180 countries and territories by their perceived levels of public sector corruption, according to experts and businesspeople.  These countries are rated on a scale of zero to 100 where zero is highly corrupt and 100 is very clean. In the 2021 CPI report, Zimbabwe had a score of 23 out of 100. This is a drop from the score of 24 in 2020. The score is way below the Sub-Saharan Africa average of 33. Overall, the report reveals that countries which violate civil liberties consistently score lower on the CPI. The report further confirms that complacency in fighting corruption exacerbates human rights abuses and undermines democracy, setting off a vicious spiral. As these rights and freedoms erode and democracy declines, authoritarianism takes its place, contributing to even higher levels of corruption.

The 2021 Corruption Perception Index is being released at a time when the government of Zimbabwe is proposing to enact the Private Voluntary Organisation (PVO) Bill, which violates the freedom of assembly and association.  Some provisions of the proposed Bill have an implication on the enjoyment of human rights and freedoms. This, in the long term will affect citizen’s participation in governance processes and holding duty bearers to account. Therefore, respecting human rights is essential in controlling corruption as empowered citizens have the space to challenge injustices. Additionally, there is a need to continuously strengthen anti-corruption institutions such as Zimbabwe Anti-Corruption Commission, the Justice Sector and the Police to effectively respond to corruption.

As the country reflects on this report, Transparency International Zimbabwe recommends the government of Zimbabwe to:

Restore and strengthen institutional checks on power- Public oversight and enforcement agencies such as the Zimbabwe Anti-Corruption Commission, National Prosecuting Authority and the Auditor General’s Office need to be independent, well-resourced and empowered to detect and sanction wrongdoing. The Parliament of Zimbabwe and the courts should also be vigilant in preventing executive overreach.

Whistle-blower Protection-The government of Zimbabwe should expedite the enactment of the whistle-blower protection legislation to ensure the protection of those who make reports in line with United Nations Convention Against Corruption.

Uphold the right to information in government spending-The governments must fulfil its commitments to national, regional and international frameworks including constitutional provisions on parliamentary oversight on public spending and the June 2021 United Nations General Assembly Special Session (UNGASS) to include anti-corruption safeguards in public procurement. Maximum transparency in public spending protects lives and livelihoods.