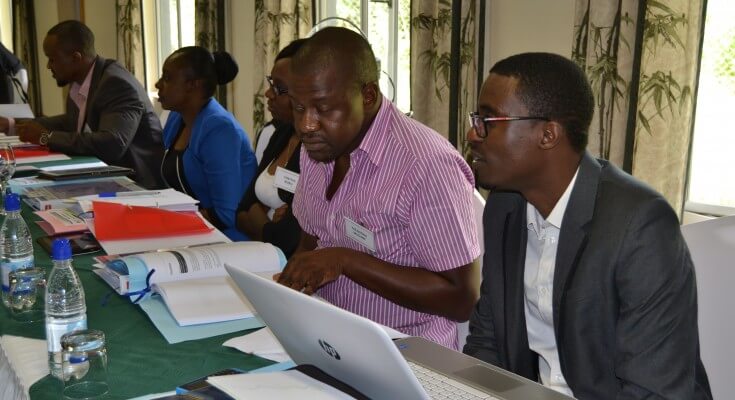 In a bid to bring normalcy, the Zimbabwean government has reiterated its commitment to speedily bring to finality the issue of compensation owed to all the former farm owners who lost their land during the land redistribution exercise.

Speaking during a workshop organized by the ministry of lands and rural resettlement, Finance minister Patrick Chinamasa said the government intended to pay fair compensation to the affected farmers as prescribed under the relevant legal framework in the Constitution of Zimbabwe, the Land Acquisition Act Chapter 20:10.

Section 295(1) and (2) of the Constitution provides for the payment of compensation for land and improvements to indigenous owners whose farms were acquired and similarly for properties protected by Bilateral Investment Promotion and Protection (BIPPA) Agreements.

Lands minister Douglas Mombeshora said the land question was central to the liberation struggle which was waged to correct the racially skewed land ownership system that favoured the minority whites at the expense of the black majority.

He said the slow pace in correcting the imbalances in land ownership even after independence in 1980 led to the growing impatience of indigenous black Zimbabweans resulting in some invading adjacent farms in rural areas, ultimately compelling government to undertake the extensive land reform programme from the year 2000.

Under the Fast Track phase of the land reform programme and in terms of the laws of Zimbabwe, government has acquired 6 240 large scale commercial farms largely from white farmers and some from black farmers as well as institutions.

While some farmers contested the acquisition of their farms, others offered their farms for acquisition in support of the land reform programme. Most of the acquired farms have since been re-planned into smaller units for allocation to both the A1 and A2 beneficiaries.

Mombeshora said the ministry of lands and rural resettlement has been undertaking valuations of all the farms acquired by government, to determine the compensation payable to the previous owner.

“To date, my Ministry has valued 1 519 farms out of 6 240; and 240 previous owners have been fully compensated and 17 partially paid. While it has always been government’s desire to honour its obligations to pay the former farm owners, the very slow pace has been occasioned by the many factors,” Mombeshora said.

He said that the valuation process was time consuming and costly as it required on-site inspections of the farms that are spread across the breath of the country and also blamed a lack of human and financial resources for stalling progress in the registration of the farms.

He added that in instances where the value of the recommended compensation was above a determined threshold, the Compensation Committee was mandated to undertake on-site verification inspections.

“Random visits by the Compensation Committee are also regularly undertaken regardless of the value being proposed by the Valuation officers. These are necessary for checks and balances to ensure fairness to both government and the previous owner. While a number of former owners have consented to the compensation offered, Treasury has not been able to provide the requisite funds to my Ministry.  Currently eleven (11) former farm owners have consented but have not yet been paid.

“The majority of former owners are no longer resident in Zimbabwe and this makes contacts very difficult. Those delegated authority in most cases do not produced notarized proof to that effect. In the case of previously company owned farms, there is need for all shareholders to consent or for company resolutions nominating the authorized representative. In some cases divorced spouses make different approaches to the Ministry claiming their individual share,” Mombeshora said.

The ministry of lands is receiving from the United Nations Development Programme (UNDP) and the European Union (EU) worth US$7, 8 million that has significantly boosted capacity in the various areas of its competence in the critical areas of valuation and compensation mechanisms.

Transparency International Zimbabwe’s Advocacy and Legal Advice Centre unit is currently seized with a case of a black farmer in Chegutu area who lost a bigger portion of his land to miners.

The man lost land that he used to grow crops like maize, wheat and sorghum as well as grazing land. At its peak before the land takeover, the man used to have a herd of over 100 cattle, thus making him afford to send his children to better schools. Following the farm takeover, he has lost his source of livelihood which was hinged solely on farming and has approached the government officials in the past to seek compensation. Thus, government’s decision to compensate those who lost their farms will give an opportunity for redress.

ALAC noted that Zimbabwe has existing legislation that obliges the state to take action against corruption. However, the courts have not adequately dealt with the legacies of grand corruption nor remedied the socio-economic effects thereof, partly because grand corruption goes beyond the judicial system.

“There is also fear in the public of reporting high level corruption in case of retribution and retaliation.  Impunity often manifesting as a disregard to the rule of law has also dampened society’s interest to pursue grand corruption because the powerful elite always seem to evade the law.   To this end, we hold annual public interest litigation seminars as one strategy on educating the public on how it is a way for redress for broad social damage in Zimbabwe.

These are also meant to sensitize participants on the linkages and benefits to be derived from mainstreaming anti-corruption litigation in their work, giving key focus to opportunity for class action redress and to present cases that increases an appetite for development of anti-corruption jurisprudence in Zimbabwe,” said Danai Mabuto ALAC team leader.

On the other hand, the Ministry of Finance and Development and the Reserve Bank of Zimbabwe have recently released financial resources to the lands ministry to enable the speedy completion of the outstanding farm valuations and title surveys for the new farms. Similarly, Treasury has given approval for the operationalization of the Ministry’s Compensation Fund into which all the revenue generated by the Ministry is channeled.

Stansalays Goredema, the vice-president of Zimbabwe National Farmers Union said land reform resulted in the loss of land value which was vested in title deeds. Goredema argued that it was not proper to pay compensation for land ownership but urged the government to move towards sustainable commercial farming reform through the securing of commercial farming rights inherent in the land on a willing seller-willing buyer basis at fair market values.

“Our proposal is for those who wish to become commercial farmers to buy the farming rights at a commercial value. The process will involve paying for all the land improvements and infrastructure on the commercial farming land,” he said. 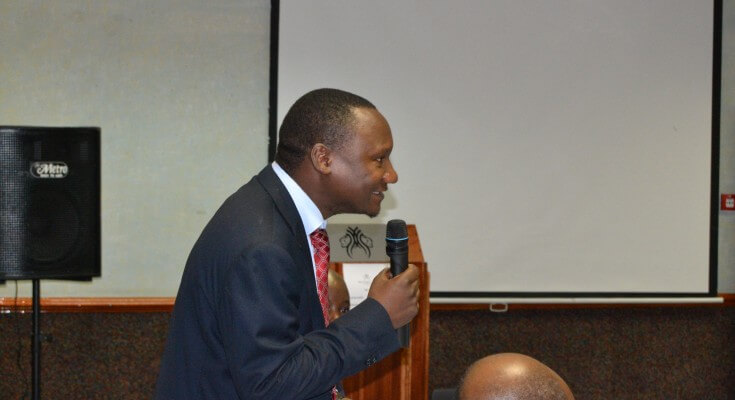